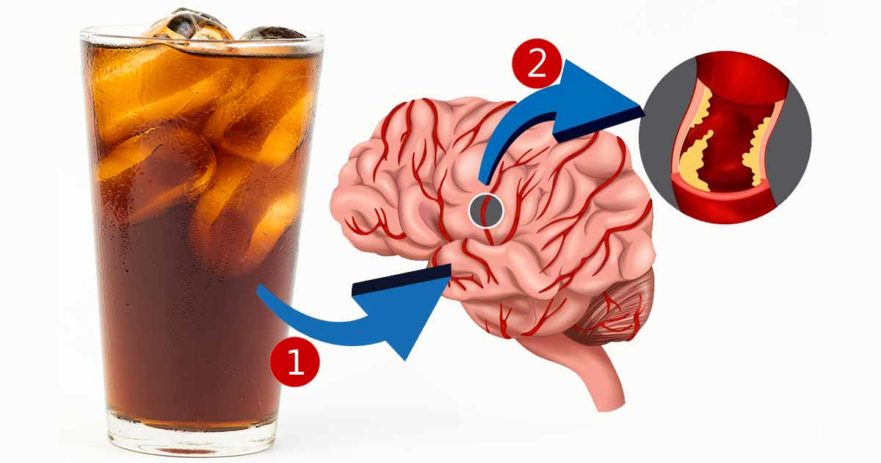 By now we should all know the dangers of consuming too much sugar. Among other things, it can lead to diabetes, cardiovascular disease, tooth decay, obesity, and other serious health conditions.

That’s why many people have stopped drinking beverages with lots of added sugar (including high fructose corn syrup). Instead, they switch to “diet” or “light/lite” varieties. These foods aren’t less sweet; they are usually sweetened artificially with chemicals that contain few or no calories. So why is diet soda bad for you? These sweeteners.

Soda is one of the top 5 most popular drinks worldwide.

In fact, a 2010 report by the Center for Science in the Public Interest stated that “sugar drinks were the single-largest source of calories”. It also found that sugary drinks “account for 47% of all added sugars in the American diet”. (1) The U.S. is the second-biggest consumer of soda, drinking around 154 liters (40 gallons) a year per capita. (2) Of this, almost a third is diet soda. (3)

Soda consumption is generally on the decline due to sugar’s link to obesity and disease; some people believe that by drinking diet soda, they’re doing a good thing by reducing sugar intake. (4)

Why is Diet Soda Bad for You

The use of artificial sweeteners in food and beverages (this includes all beverages, not just soda) reduces the number of calories from sugar content, however, these chemicals pose dangers of their own.

A recent study published by the American Heart Association’s journal Stroke followed a cohort of 2888 participants aged 45 and older over a period of 10 years. The aim of the study was to determine if sugar- and artificially-sweetened soft drinks affected the risks of stroke and dementia. Adjustments were made for demographics and lifestyles (e.g., smoking, activity level).

At the end of the study, the researchers at Boston University found that while sugar-sweetened soft drinks had no significant impact on these conditions, people who regularly drank diet sodas with artificial sweeteners incurred almost 3 times the risk of ischemic stroke and Alzheimer’s disease than people who didn’t regularly drink them. (5)

This is not the first bad news when it comes to artificially-sweetened soft drinks.

If you need more incentive to stop drinking beverages (and other foods) containing artificial sweeteners, look no further. A 2014 study concluded that women drinking 2 or more diet drinks daily were 50% more likely to die prematurely. That’s the result of the health complications this crap causes. (10)

There are so many tasty beneficial beverages to enjoy and healthy sweeteners to use. Sugar addiction is very real and it’s truly in your best interest to kick it. Honey, maple syrup, molasses, licorice root, and coconut palm sugar are all much better options to satisfy your sweet tooth.

You can try hot or iced teas (black, green, rooibos, herbal), coffee (in moderation), and, of course, the best beverage of them all: water.

Most of us don’t drink enough water; if you find the flavor lacking, you can infuse it with fruit and/or herbs for an added health boost. An additional bonus is that all of these will help you to lose or maintain weight if that’s a consideration. Manufactured beverages with sugar, high fructose corn syrup, and artificial sweeteners of any kind (including soda, teas, and fruit juice products) will not help you—in any way.

If you’re looking for the same satisfying fizziness as soda, try your hand at making kombucha. This health drink is tasty and full of gut-healthy probiotics.

So why is diet soda bad for you? Now you know! So, by all means, leave the diet soda on the shelf so that tomorrow you can remember where you put your car keys.