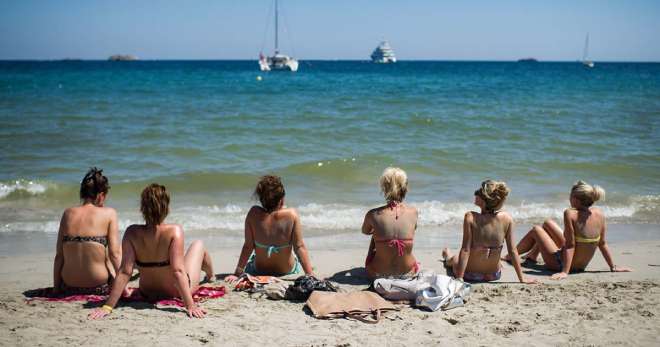 Most CEOs are very particular when it comes to their employees’ paid leave, vacations, and bonuses. After all, these are money coming straight out of the company’s budget, and CEOs are taught to be very careful and conservative with money.

Mark Douglas has a different approach, however. As the CEO of SteelHouse, a marketing and advertising company, Mark implements a rather unorthodox strategy. He founded SteelHouse in 2010 but by 2011 he already had figured out how to ramp up his employees’ productivity, company loyalty, and overall happiness – pay them to take vacations.

“If you have a caged lion that was born in captivity, and then you open the cage, they back up more into the cage. They don’t start running free,” Mark says. “When we first started telling people they had unlimited vacation, they didn’t even know how to interpret that.”

What Mark Douglas does is pay each of his employees up to $2,000 annually for vacation expenses. That’s in addition to their paid leave. The SteelHouse employees can spend their vacation budget on several different trips or at once – Mark doesn’t care.

“Our culture is really simple,” he said. “It’s based on trust and ambition.”

That trust applies to everyone in the company too. When the SteelHouse employees buy their tickets on a Monday, they get the money reimbursed by Tuesday. And if they can’t front the cash themselves, they can use the SteelHouse company credit card too, up to $2,000 per year.

In the beginning, some employees said they don’t want to go on a vacation and asked for $2,000 bonuses instead. And while that’s an understandable request at face value as some people are strapped for cash or just don’t like traveling, it didn’t match with Mark’s concept of boosting his employees’ productivity with some time off. So, he insists that this $ 2,000 annually is spent traveling.

“I actually want you to go somewhere and enjoy yourself,” he said.

And after 10 years of success, Mark stands by his strategy. His company is comprised of 250 employees and only five of them have left the company in the past three years, with three of them leaving for reasons unrelated to the work or company themselves.

We have virtually zero turnover,” Mark said and, for him, the explanation is simple – rested and recharged employees are happy, loyal, and productive employees.

And while Douglas dislikes the word “policy” as “policy is policing” in his words, he believes companies from all industries can incorporate such a policy in their work. It can feel a little costly in the short-term, of course, but it starts to pay itself off very quickly, in Mark’s experience.

“Many companies just need to learn about the idea so that it doesn’t seem so scary,” he says.

Douglas is also very humble when it comes to his “policy” and readily admits that the idea wasn’t his. Instead, he picked it up from his own earlier employment experience.

“The first time I got exposed to real corporate culture that had elements of what we’re talking about, it changed my perspective for the rest of my life,” he said.

Douglas hopes that many of his employees would one day go on to establish their own companies and implement similar forward-thinking policies.

Of course, in theory, the idea that time off increases productivity isn’t that new. Every since the 16-hour-work-days were abolished and the 8-hour-work-day was established by Congress on 25 June 1868, people realized that employees achieved more on in 8 hours than they did in 16. And since then, even more data has come out to suggest that 4- or 6-hours workdays can mean even greater per-hour productivity and quality of work.

But even beyond a simple reduction of hours, vacations and time off work have also been thoroughly proven to increase workers’ happiness, health, productivity, and company loyalty.

And yet companies like SteelHouse are still the exception and not the norm. Hopefully, through the efforts of people like Mark Douglas this can change soon.

Why Some Companies Are Paying For Their Employees’ Vacations