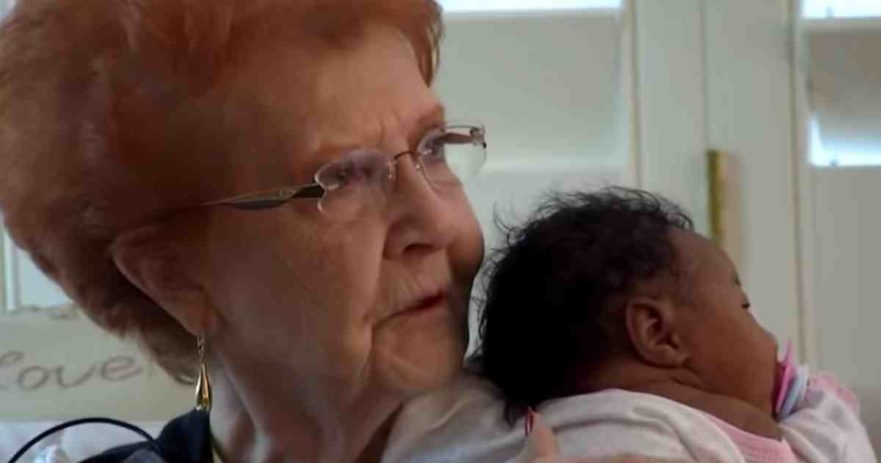 We all know someone who’s had at least one bad experience with airlines. Whether it’s a nasty delay, lost luggage, food poisoning, or just an unpleasant flight – there are lots of things that can happen on a plane or at the airport. Being stranded there like in the movie The Terminal and with a 4-day-old baby in your hands, however – that’s especially awful.

That’s exactly what happened to Rubin Swift and his daughter Ru-Andria. The 43-year-old man had just flown in Phoenix, Arizona from Cleveland, Ohio after being awarded custody to his newborn daughter. He visited her at the Banner University Medical Center to fill out all the necessary paperwork, and had immediately started bonding with his little girl.

Even though Rubin was surprisingly thrust into a weird situation, being a father wasn’t something new to him. At 43, he already had three grown children from a previous marriage as well as four step-children with his current wife, Tiffany. So, Rubin knew what he was doing when he took his daughter and headed back to the airport with her – that much was obvious to the staff at the hospital, including 78-year-old widow Joy Ringhofer who was a NICU volunteer there and met Rubin and Ro-Andria.

In fact, Joy liked the father-daughter duo so much that she gave them a ride to the airport and left Rubin her phone number. Little did she know how vital that act of kindness would end up being.

Stopped at the gate

Even though Rubin had all the necessary documentation with him and Ru-Andria was cleared for flying by the hospital, the airline didn’t let them board their plane for Cleveland. It turned out that Frontier Airline’s policy was that babies younger than 7 days cannot fly with them under any circumstances. What’s more, they also required a copy of a birth certificate which Rubin didn’t have with him cause it wasn’t officially issued yet.

This meant that the father and his newborn daughter wouldn’t be able to fly not only in the next 3 days (until she got 7-days-old) but actually for a full week as that’s how long the hospital needed to issue a birth certificate!

With no money for a flight with another airline, no money to rent a car or a motel room, no reimbursement from Frontier Airlines, Rubin and Ru-Andria were in trouble.

“I was out of money and the hospital told me that I wouldn’t be able to get a birth certificate for seven days. I was worried that if security saw me sleeping at the airport with a newborn, they’d take her away from me and charge me with neglect. I was stuck.”

The first thing Rubin did was to call his wife, Tiffany. She too was at a loss as to what they should do.

“When he called me from the airport and told me that they weren’t going to let him fly until he could get a birth certificate in four days, I felt panicked … I didn’t want him to sleep at the airport. I was scared because it looked like we were out of options,” Tiffany said.

That’s when Rubin remembered that he still had Joy’s number. Worried and doubtful that a widowed white senior citizen would be willing to do more than she had already done for a lone African-American father, Rubin called her – he had to try and ask her for help. Luckily, the old lady sprung into action and immediately drove back to the airport to pick them up!

“I told him, ‘I’m going to take you home with me,’ so wait right there. There are a lot of dangers out there, but there’s a lot of good, too. I’d enjoyed talking to Rubin at the hospital and helping him with the baby. He was polite and kind and I could tell that he had a good heart,” Joy shared.

Rubin was as surprised as he was relieved.

“I’m black and she is white. I’m a stranger who grew up in the projects in the Bronx and she’s a great-grandmother who recently lost her husband. She knew very little about me, and yet, she took me in. Color wasn’t an issue to her. She showed me that in this crazy world, there is still compassion.”

Rubin called his wife again and told her that he had found help – Joy didn’t just offer them a ride, she invited them into her home. Rubin and Ru-Andria were welcome in the widow’s home for the several days needed until the hospital finally issued the girl’s birth certificate. And both Rubin and Joy shared how awesome the experience was for all of them.

“Miss Joy was like an angel and she’d really bonded with Ru-Andria. Whenever my daughter heard her voice, her face would light up. As soon as she took us in, I knew we’d be friends for life,” Rubin said.

The two of them chatted every day, took care of the little baby, and got to know each other. They tool Ru-Andria on daily walks, they went grocery shopping, and even visited Joy’s late husband’s gravesite together. Joy shared that she herself had four children and seven grandchildren as well as three great-grandchildren. It’s little wonder that she was getting along so well with the young Ru-Andria.

“I could see the pain in her face from losing her husband, so at the cemetery, as we sat there with the baby, I said, ‘Hey, Charles, look — it’s your new granddaughter.’ We had some touching and wonderful moments,” Rubin said. “I lost my mom to cancer in 2007, so Joy really became like a mother or grandmother figure to me.”

Finally, Ru-Andria’s birth certificate was ready and her father could fly her home. To their credit, Frontier Airlines had, at least, moved his flight’s date with no additional fees. Everything was finally set and the only downside now was leaving Joy behind. The two vowed to stay in touch and FaceTime each other regularly so she could see Ru-Andria grow.

“We just knew that we’d always be in touch from that day forward. We started out as strangers, and ended up as good friends,” Joy said. “Rubin is very grateful to me, but I’m also very grateful to have had the opportunity.”

Most people in Joy’s place would have turned their back on Rubin and he was very aware of that and shared that he’ll forever be grateful to her. Hopefully, little Ru-Andria and Joy will have lots of years and opportunities to get to know each other too even if it’s just on video most of the time. For now, there’s at least this heartwarming video from the time the trio spend together.