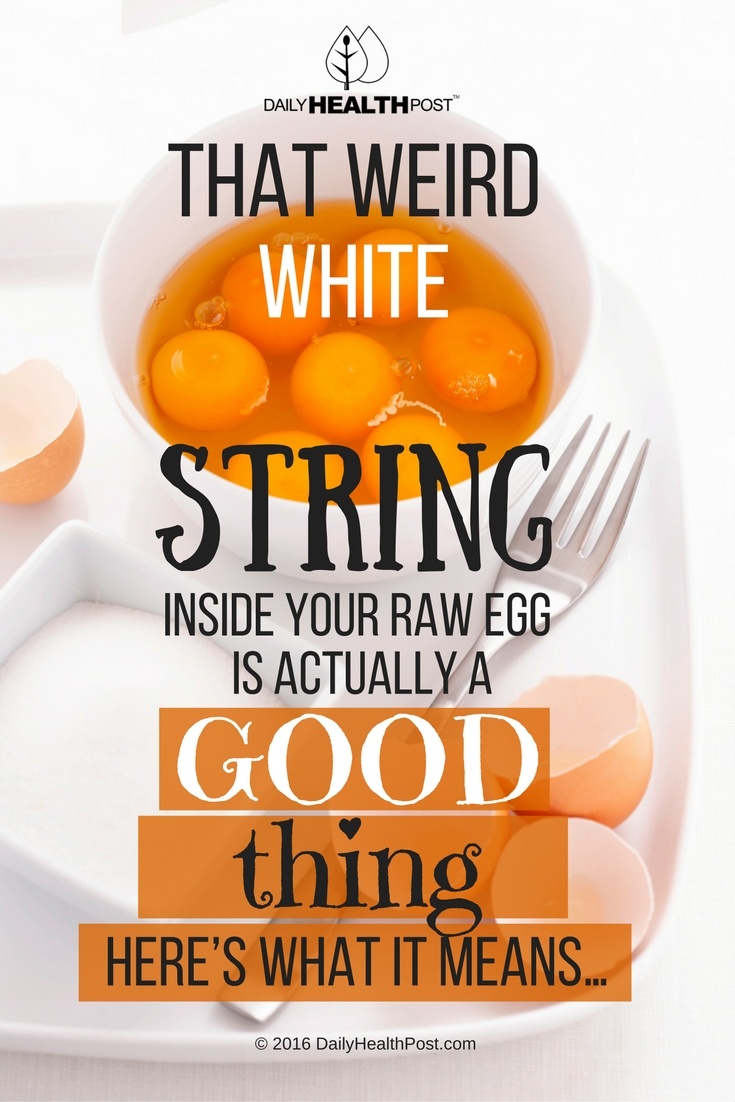 The egg is a morning staple in many diets around the world.

They’re quick to cook and loaded with nutrients.

Many experts agree that starting your day with proteins is a lot better for your weight management than eating sugary processed cereals.

And contrary to popular belief, eggs don’t give you heart disease. (1)

If you eat eggs regularly then you’ve probably come across the following oddity.

You’ve probably cracked one open before and saw something that left you mildly perplexed: What the heck is that white ropey thing?

That white gooey thing is called the chalaza (pronounced: cuh-lay-zuh). And it’s perfectly safe for consumption.

Despite its weird appearance, it is not an umbilical cord. Here’s an image to better explain what it is: 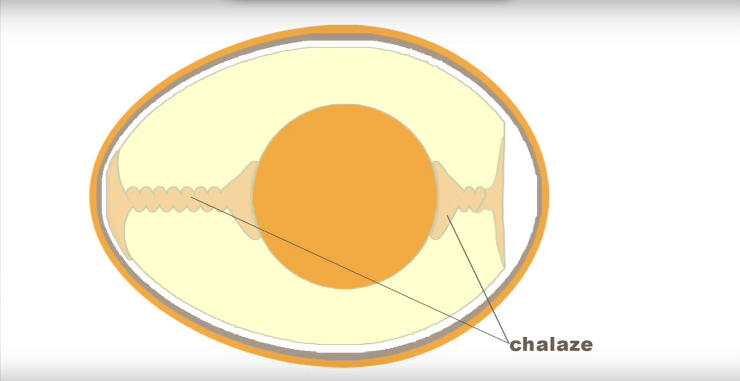 Basically, the chalazae (plural) can be found on two sides of the yolk and they exist to hold the yolk at the center of the egg — like little anchors. (2)

The cool thing about these cords is that, the more prominent they are, the fresher the egg!

In fact, the egg’s chalazae disappear as the egg ages, so if you can’t find at least one after cracking an egg open, chances are the egg has been sitting at the store (or in your refrigerator) for a while.

Advertisement
Egg Cooking Basics - "Egg Anatomy"
1.1K Shares
Share
Tweet
Advertisement
Next »
Latest Headlines » Nutrition » That Weird, White String Inside Your Raw Egg Is Actually a Good Thing. Here’s What It Means…
Advertisement
Advertisement
We use cookies on our website to give you the most relevant experience by remembering your preferences and repeat visits. By clicking “Accept”, you consent to the use of ALL the cookies.
Do not sell my personal information.
Cookie settingsACCEPT
Privacy & Cookies Policy