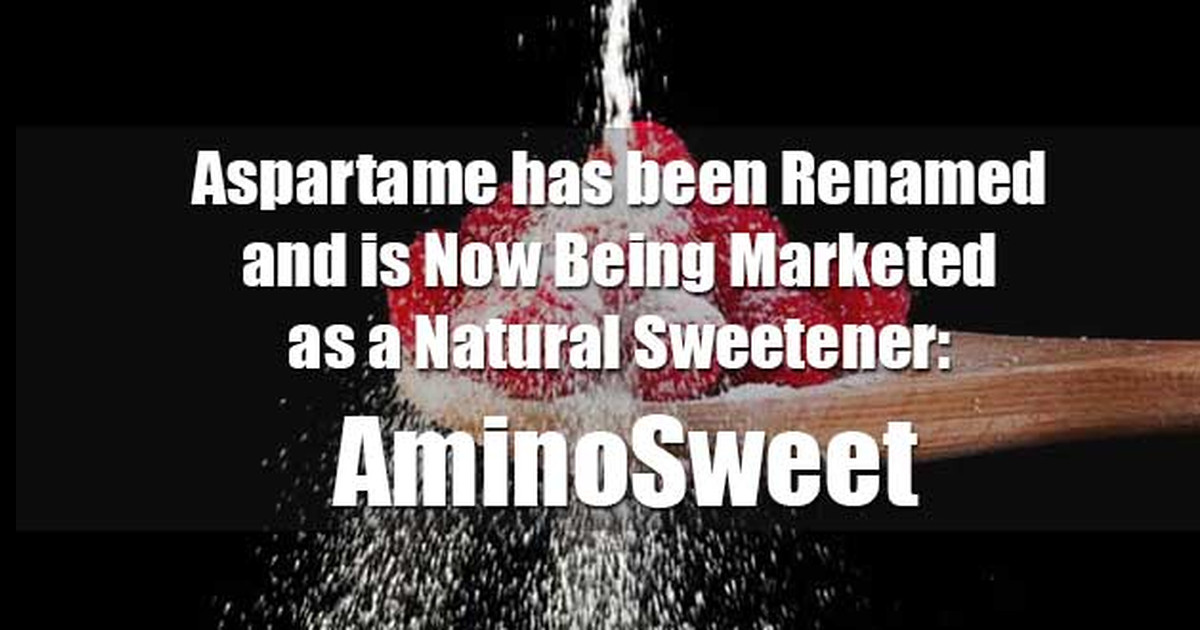 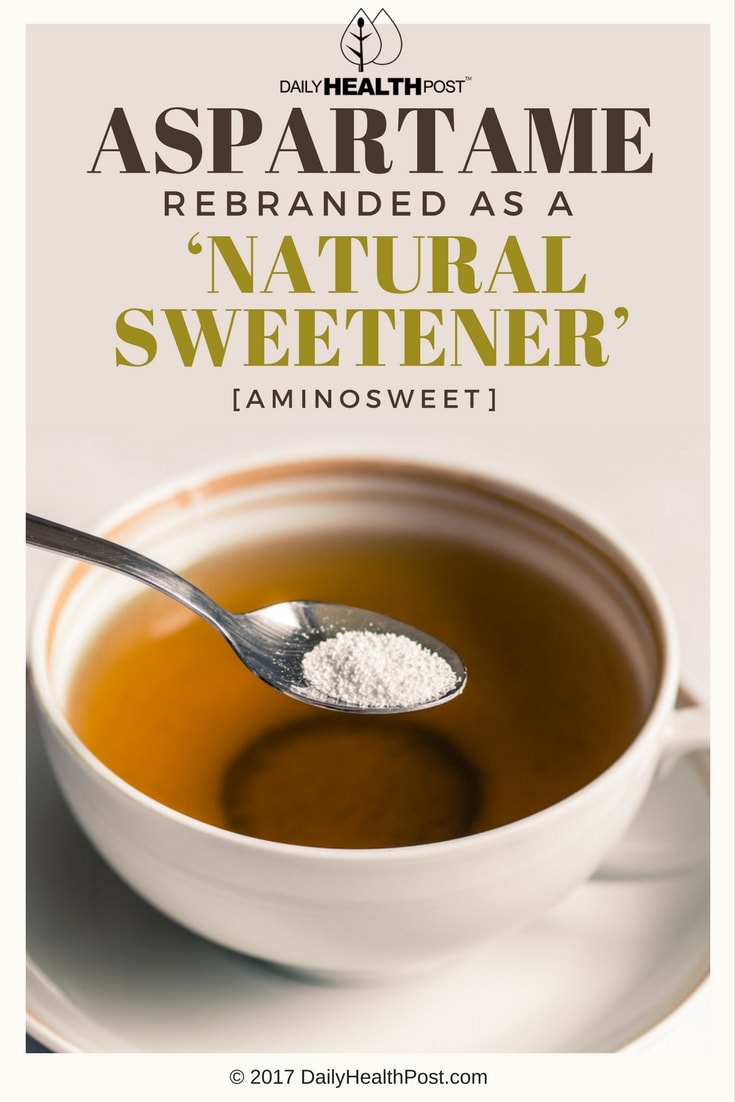 Sometimes rebranding is done to refresh the image of a product to appeal to a wider audience. Sometimes it’s to don a new face in order to mask the blemishes of the old one. Hence we have “AminoSweet”, the new face of Aspartame. Add this new name to NutraSweet and Equal as Aspartame appellations.

Put on hold in 1974 due to questions about its safety, Aspartame was approved by the US Food and Drug Administration (FDA) in 1981 when then-CEO of manufacturer G.D. Searle, Donald Rumsfeld, pushed hard for it. Shortly after, Monsanto bought Searle. Since then, Aspartame has been the source of some controversy.

“In view of these indications that the cancer-causing potential of aspartame is a matter that had been established way beyond any reasonable doubt, one can ask: What is the reason for the apparent refusal by the FDA to invoke for this food additive the so-called Delaney Amendment to the Food, Drug and Cosmetic Act?… Given the cancer-causing potential of aspartame, how would the FDA justify its position that it views a certain amount of aspartame as constituting an allowable daily intake or safe level of it? Is that position in effect not equivalent to setting a tolerance for this food additive and thus a violation of that law? And if the FDA itself elects to violate the law, who is left to protect the health of the public?” Congressional Record SID835:131 (8/1/85)

The Delaney Amendment (or Clause) to which Dr. Gross referred became part of the Food Additives Amendment of the Food, Drug and Cosmetic Act of 1958. It reads:

There have been numerous studies around the safety of Aspartame in foods. Upon inspection, the question arises as to possible bias in their conclusions: those sponsored by the manufacturer say it is safe while independent research says it is not. Many of the original studies performed by Searle have been sealed.

Some of the effects found in the independent studies of Aspartame include birth defects, cancer, multiple sclerosis, and blindness plus a whole whack of other serious conditions. Research is continuing:

“Dr. Ralph Walton, a psychiatrist and researcher for ‘60 Minutes’, showed that 92% of independent peer-reviewed studies reveal problems with aspartame. Now he is conducting a study on aspartame birth defects and asks that anyone who has ever used aspartame during pregnancy, to please contact him (rwalton193@aol.com) for a data form to complete, or retrieve it from www.mpwhi.com.”

In addition to the big health concerns listed, one in 15,000 people has a genetic disorder called phenylketonuria; it is the body’s inability to metabolize synthetic phenylalanine. While this essential amino acid is naturally created by the body, the synthetic version doesn’t work the same when ingested.

It has been found to cause seizures and brain damage in those affected—that’s why you’ll find a notice on products with Aspartame that says “contains phenylalanine” as a warning. Aspartame and other synthetic sweeteners—or any synthetic food, for that matter—are not processed completely by the body; because they are foreign and not natural, the body doesn’t know what to do with them so they are stored in fat cells.

The irony in this case is that synthetic sweeteners are used to reduce calories from sugar but in reality, they make you fatter. Another dubious ingredient of these sweeteners is free methyl alcohol, which is a known narcotic:

“It causes methanol poisoning which affects the dopamine system of the brain and causes addiction.”

So not only is the safety of synthetic phenylalanine (as found in Aspartame) problematic, it’s physically addictive so you’ll want more of the same dangerous foods.

If even one study concludes serious health concerns, is it a risk worth taking? In the case of Aspartame, there have been many studies that support designation of this product as unsafe. A sweetener by any other name would be sweeter: raw honey, real maple and raw agave syrups, even unrefined organic sugar are much better alternatives.