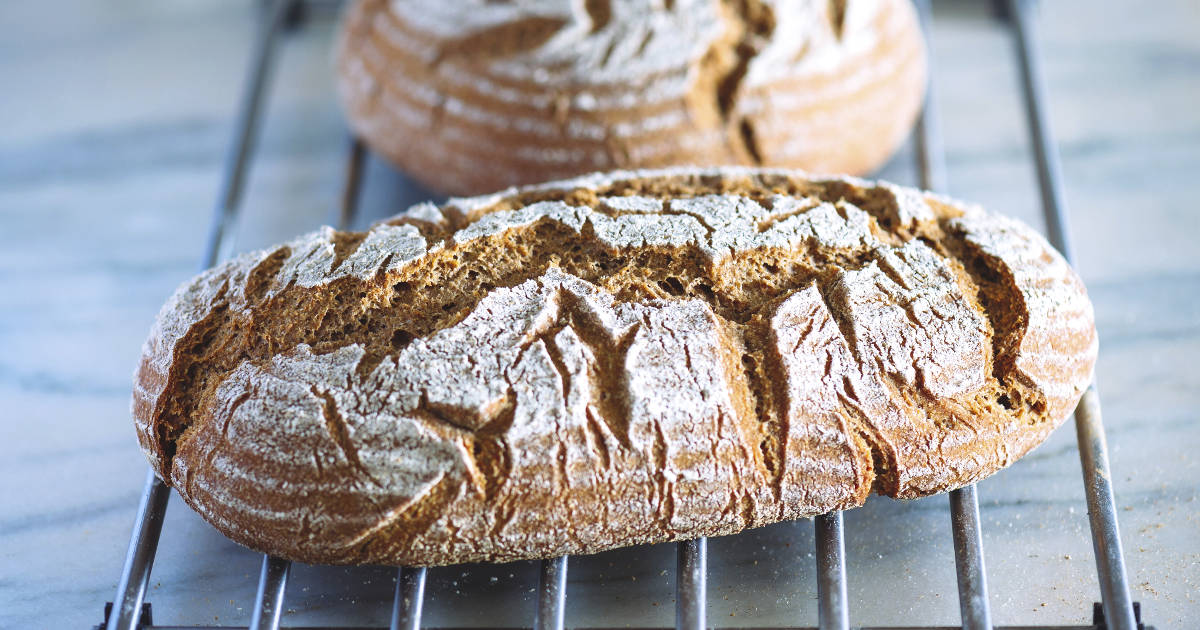 Gluten intolerance isn’t the only reason some people refrain from eating breads. While it may be satisfying to eat, commercially-baked bread is full of stuff we don’t really want to eat and most have been stripped of nutrition in the processing.

Modern wheat has been cultivated for yield, not nutrition. On the contrary, eating wheat has been found to mess with blood sugar levels, cause bumps on the skin, and inducing joint pain.

When the Starter Started

The use of sourdough culture originated in Egypt over three millennia ago. It was used as the method for leavening in Europe in the Middle Ages and continues today. Modern breads use prepared yeast to make bread rise.

The practice of making sourdough bread made it over to North America with the Europeans and was the primary bread made by prospectors in the West during the Gold Rush because the culture used in its making also acts as a preservative.

Sourdough leavening cultivates Lactobacillus bacteria--the good kind that maintain intestinal health. The starter ferments over time and the bacteria grow in addition to yeast, but the bacteria outnumber the yeast. The result is a sour-like tang. A sourdough starter can be perpetuated indefinitely if it is regularly fed. The starter (levain) actually gets better and more active over time.

There are many good reasons for choosing a sourdough if you eat grains or if you have cut them due to health and dietary concerns and miss a good crusty loaf now and then. Here are some of them. 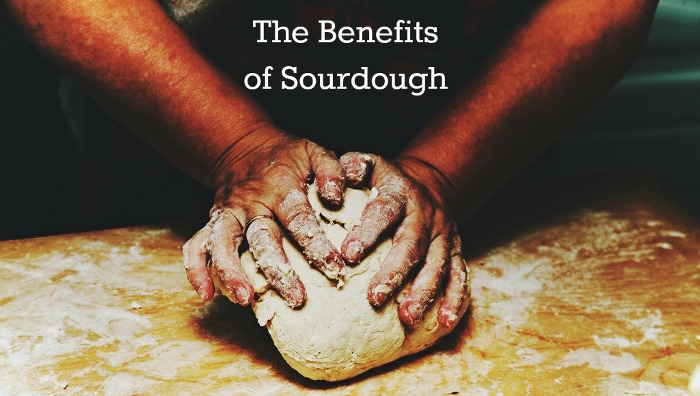 Fermentation pre-digests complex carbohydrates, making them easier for our bodies to digest and use.

Gluten sensitivities have risen dramatically in the past few decades. Celiac disease is this at its extreme, an autoimmune disorder that can contribute to the development of diabetes, rheumatoid arthritis, and liver and thyroid disease.

Gluten is wheat protein; it’s what makes the flour stretchy when cooked. The fermented levain of sourdough breaks down gluten into its amino acids, making the gluten more digestible. [2][3]

You can then get the most nutrition from the foods you eat. Lactic acid has been shown to support digestion, decommission allergens, and prevent colon cancer.

Acetic acid (vinegar) is produced in fermentation and acts as a preservative, inhibiting mold growth. It is often added to commercially-made bread but is the natural result of the sourdough culture.[4]

The nature of the carbohydrates in bread grains is changed by levain. A study published in the British Journal of Nutrition compared blood sugar levels after eating white, whole wheat, whole wheat barley, and sourdough breads. Researchers found that:

“With the sourdough, the subjects’ blood sugar levels were lower for a similar rise in blood insulin. What was even more interesting was that this positive effect remained during their second meal and lasted even hours after.”[1]

By the way, whole wheat bread (not to be confused with whole grain bread) came in last of the breads tested when it came to blood sugar; levels spiked and remained high for hours after eating.

The flavor of sourdough makes it delectable. You can either buy a kit or make your own starter--it’s easy to do, you just have to remember to keep it up on a regular basis so it doesn’t die. Levain is a living food, which somehow makes it incredibly special.

How to make a sourdough starter
Advertisement
sources