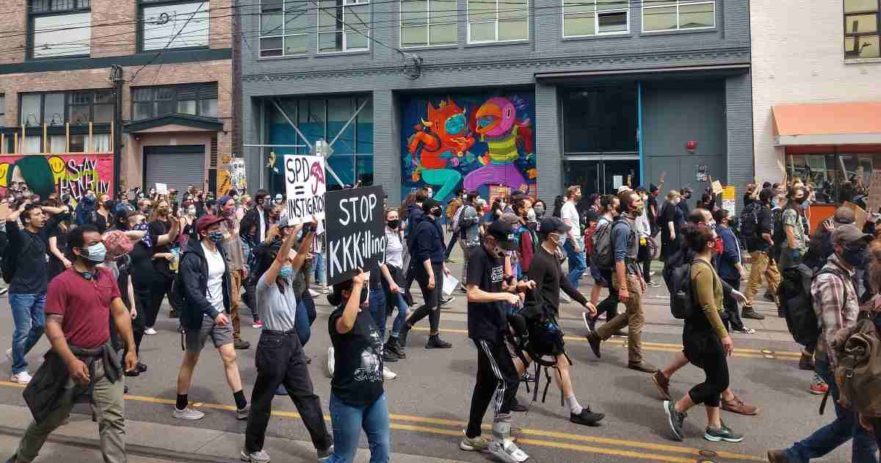 Even though the vast majority of the protests and demonstrations in the last months have been peaceful and after multiple pleas from the organizers to keep things from escalating, there have nevertheless been some riots and lootings. That is unfortunate but not completely unexpected.

For years, rioters and looters have accompanied every crisis and disaster in the U.S., from hurricanes to protests. And when unidentifiable federal agents were sent to attack peaceful demonstrations, the situation kept escalating.

All this chaos has naturally put police departments in a rather uncomfortable situation. Not only are they tasked with keeping the peace amid the mass protests, but they are also the ones protested against. They are tasked to deal with the occasional riots as well as with the regular instances of crime that naturally haven’t stopped either.

In the middle of all this chaos, The Seattle city’s council passed a measure barring cops from using non-lethal crowd control methods such as tear gas, pepper spray, and blast balls. This was widely applauded by the general public as tear gas has been banned as an “illegal and immoral” chemical weapon during war time under the Geneva Protocol of 1925.

On the other side of the coin, however, is that police departments have now become less capable of controlling the chaos when it does go out of hand. This prompted the Seattle PD police chief Carmen Best to issue a memo saying that “police officers would not be able to safely intercede in the event that homes and businesses were targeted during expected protests.”

This has made business owners quite uneasy that their property won’t be protected should the planned peaceful protests turn violent.

“Please know that the Seattle Police Department is committed to addressing life safety incidents and calls for service, and responding to ongoing demonstrations and unrest in the city,” the chief’s memo reads. “Please also know that the City Council Ordinance 119805 Crowd Control Tool goes into effect this weekend on Sunday, July 26, 2020. This ordinance bans Seattle Police officers the use of less-lethal tools, including pepper spray that is commonly used to disperse crowds that have turned violent. Simply put, the legislation gives officers no ability to safely intercede to preserve property in the midst of a large, violent crowd.”

“For these reasons,” Best continued, “Seattle Police will have an adjusted deployment in response to any demonstrations this weekend – as I will never ask our officers to risk their personal safety to protect property without the tools to do so in a safe way.”

Best also added that she has expressed her concerns to the city officials but that their ruling still stands.

Seattle’s mayor Jenny Durkan sided with Best on the issue and said that “the new law would conflict with an eight-year-old settlement on a policing-overhaul agreement struck between the Seattle Police Department and the U.S. Justice Department.”

During the planned protests in the following weekend, there were 47 protesters arrested for assaulting officers. There were also some light injuries such as bruises and burns to 59 of the Seattle PD police officers – most of them were able to return to duty immediately with only one officer being hospitalized with a leg injury.

Opponents of the new law view this as proof that the banning of tear gas was a bad idea. At the same time, however, there’s been no reported uptake on property damage during the demonstrations and no peaceful protesters have been needlessly tear-gassed by the police.

All in all, the public remains split on the issue and the mass protests and demonstrations don’t seem to be simmering down. However things progress the violence from both sides will hopefully be kept to a minimum.