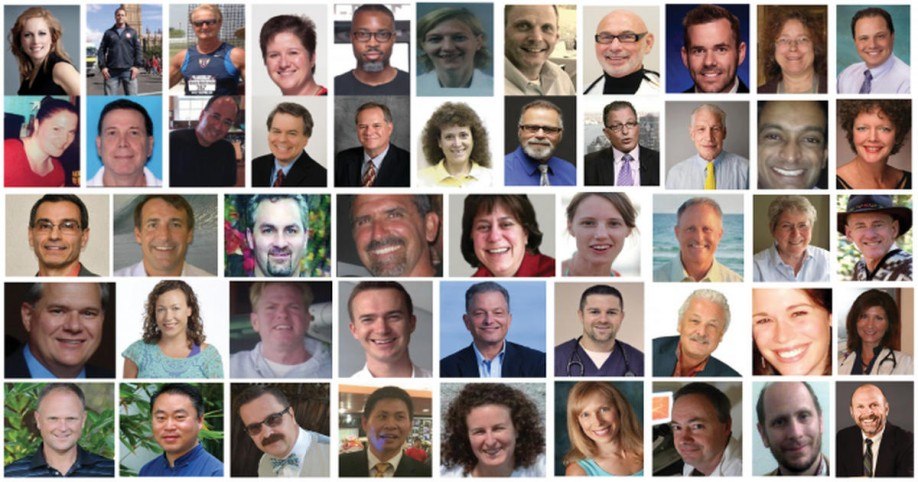 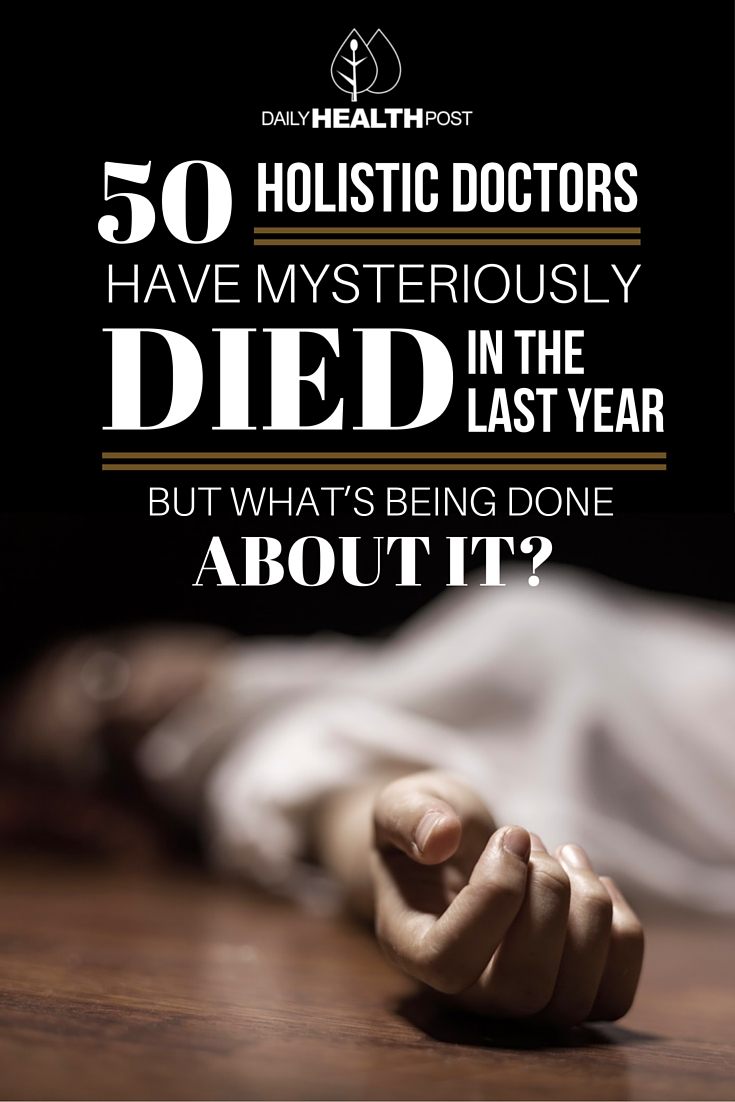 Every living thing dies—that’s not news. When a particular group of people dies under questionable circumstances, however, that is news…or should be.

Following is a short list of some of the unexpected deaths of holistic and alternative medicine practitioners in the last year to demonstrate this pattern. (1) Journalist Erin Elizabeth has been investigating and reporting on these deaths since they attracted her notice (she has tracked fifty)—she feels something bizarre and sinister is going on.

There are probably more untimely and suspicious deaths that either haven’t been reported as suspicious or media coverage has been kept on the down-low. It’s time to start taking this situation seriously:

“Coincidence is the word we use when we can’t see the levers and pulleys.” –Emma Bull

Dr. Marc Feldman (56) is the most recent questionable death in Cleveland—he was found dead in a hotel room in Ohio. The cause of death hasn’t been released. He was a Libertarian Party Presidential hopeful, an anaesthesiologist by trade, and outspoken against vaccination and genetically modified organisms.

Dr. Tiejun Huang PhD, MD, R.Ac , RMT, DTCM was stabbed to death in his office in Calgary, Alberta, Canada two days after a holistic chiropractor, Dr. Robert Sowers, was shot dead in his office in Roy, Washington. (2, 3, 4) Dr. Huang was a sports medicine specialist who practiced acupuncture and Chinese massage.

A vocal critic of mainstream medicine and new father, Dr. Jyrki Suutari was found dead in his garage in Southern California (it was judged a suicide). None of his family or friends believes that. (5)

Texas acupuncturist and holistic Dr. Curtis Clogston was reported missing by his wife. She was out of town for their last conversation, during which he told her he had gotten food poisoning and had gone home from work early. He was found weeks later in his overturned car on the regular route he took home from work. Why did it take that long for him to be found when it was known where he lived, where he worked, and where he drove to get there? (6)

Dr. Henry Han was murdered with his wife and 5-year-old daughter in Santa Barbara, California. He was an active proponent of medical cannabis oil. The man arrested in the case lived with his father, an ex-Central Intelligence Agency employee.

The finding of a Veteran’s Administration (VA) surgeon’s body in a river in Spokane was documented as an accident; his wife didn’t believe that and hired her own private investigator. The investigator discovered evidence that it was, in fact, a professionally staged military- or police-style murder: there was a strong blow to the sternum and a punctured lung. (7) When Dr. John Marshall’s body was found, it was the second VA doctor death in two weeks. (8)

Jerome Block, MD fell from his twentieth floor apartment window. He was very successful and specialized in scientific and alternate integrated health care.

“From the time of Dr. Block’s death through the end of 2015 there were over a dozen accidental deaths, including 5 chiropractors that were ruled accidents. The most prominent may have been Holistic ABC news Doctor Jamie Zimmerman who according to the record slipped and fell, hitting her head and being washed out to sea while on vacation in Hawaii. Multiple holistic doctors in the New York area died, all ruled accidental. Through early January 2016 a couple of prominent Canadian PHD’s/researchers were killed. One was stabbed in a neighborhood that was considered by everyone to be safe. The other, a wife and mother of two, was hit by a car jogging near the beach and then buried in a shallow grave on the island of Grenada. Days later another holistic Doctor is attacked there with his physician’s assistant wife. At this point things really begin to accelerate with deaths occurring every few days.” (9)

The author of six books—most of which dealt with the environment’s effect on human health—Dr. Mitchell Gaynor was an oncologist and a strong believer in natural and traditional medicine.

“I was amazed at the fact that we really ‘are what we eat’ and that with the best medical training in the world, nobody had ever taught me this.” (10)

He was found dead in the woods outside his Upstate New York home; the sheriff investigator identified the cause of death an apparent suicide.

Nicholas Gonzalez, MD of New York City was a published author and proponent of a natural approach to healing, developing “The Gonzalez Protocol”. (11) His sudden cause of death was “an apparent heart attack”. (12)

Dr. Jeff Bradstreet’s body was also found in a river (in North Carolina) from a gunshot wound to the chest one week after the Food and Drug Administration raided his clinic in Georgia. It was labelled by police as a suicide. Dr. Bradstreet was very vocal and involved in research of autism caused by vaccines, as his own child is a victim. (13)

In an interview with Erin Elizabeth, the reporter asks these concluding questions:

Q: Why isn’t the mainstream media giving this any attention at all?

A: That is what’s most suspicious to me. If there is a connection, I don’t want people to be afraid…stay strong and be aware but don’t be frightened…I really believe that the only way that we’re going to prevail with this is to stay strong and stay united.