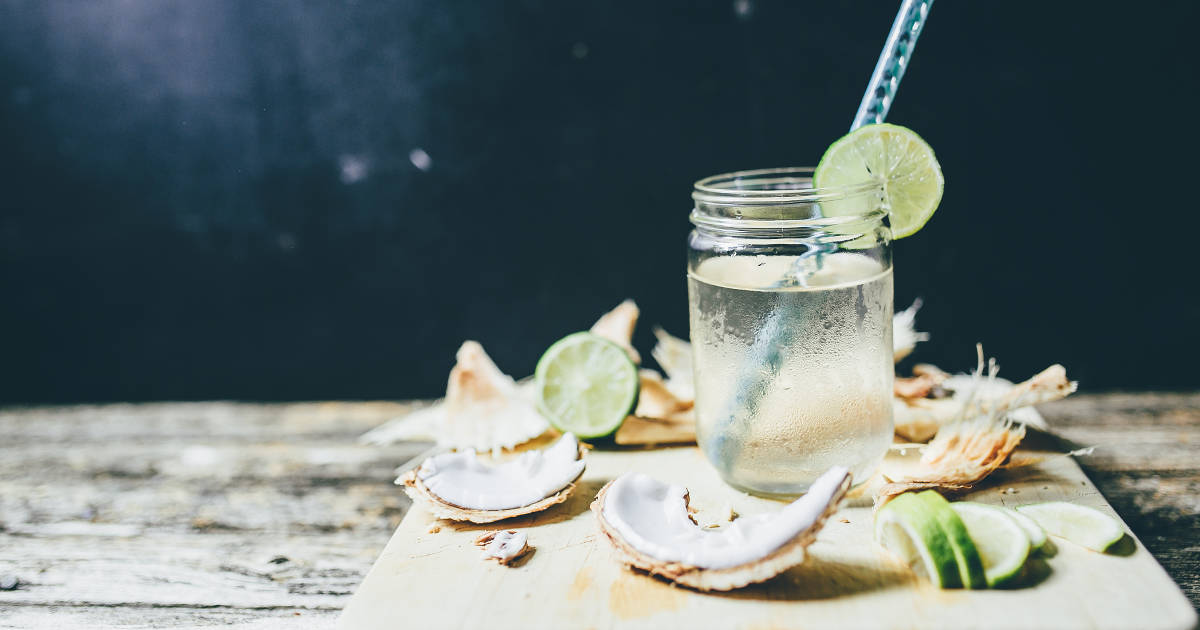 Super low in calories, naturally fat-free and having more potassium than four bananas, coconut water is one of the best electrolyte hydrators in the world.

It’s Mother Nature’s sports drink and it is just as effective (or more effective) than any carbo-electrolyte drink on the market.

What makes coconut water interesting for brand owners is that it offers many of the same isotonic benefits as formulated sports drinks but in an all-natural form. No additions are necessary, not even sweetener.

The drink offers calcium, magnesium, and potassium to the sports enthusiast with the need for fortification.

Cytokinins are phytohormones, or plant hormones. These hormones regulate the growth, development, and aging of a plant. Coconut water has been an important horticultural resource, used in the propagation of several plants, including orchids and traditional Chinese medicinal herbs. The cytokinins found in coconut water support cell division, and thus promote rapid growth.

Cytokinins have actually been found to exert an anti-aging effect on human cells and tissues. When human cells are exposed to cytokinins, aging slows down considerably. Cells treated with cytokinins don’t undergo the normal degenerative changes, so they don’t “act their age.” Researchers have suggested that if you consume a diet rich in cytokinins, you may experience anti-aging effects and have less risk for degenerative and age-related diseases. And coconut water is the richest natural dietary source of cytokinins.

A Powerhouse of Nutrients

Coconut water is composed of many naturally occurring bioactive enzymes such as acid phosphatase, catalase, dehydrogenase, diastase, peroxidase, RNA-polymerases etc. In effect, these enzymes help in the digestion and metabolism.

It is one of the best replacements for many liquids in smoothies designed to decrease inflammation.

Its water is also a very good source of B-complex vitamins such as riboflavin, niacin, thiamin, pyridoxine, and folates. These vitamins are essential in the sense that the human body requires them from external sources to replenish.

It is so hydrating because of the electrolyte composition, which is very similar to human plasma. Staying hydrated will help you feel full for longer, which in turn will reduce hunger and sugar cravings. This will effectively lead to you eating less, which means your total calorie consumption will go down. Drinking coconut water also flushes out toxins which will help you lose weight faster and also reduce those cravings and hunger pangs.

The Science Behind It

Pure coconut water is just as effective as a carbohydrate-electrolyte sport drink at rehydrating exercise-trained men after a 60-minute bout of dehydrating exercise, according to findings published in the Journal of the International Society of Sports Nutrition.

The study included 12 exercise-trained men with an average age of 26 and assigned them to receive approximately 125% of the body mass loss of pure coconut water (VitaCoco), coconut water from concentrate, bottled water or a carbohydrate-electrolyte sport drink equal to. This was the equivalent to about 2 liters per person.

Results showed that the men lost about 1.7 kg during the dehydrating exercise. Researchers found no differences between the beverages for exercise performance and measures of fluid retention.

“Additional study is needed with consideration for the inclusion of a more demanding dehydration protocol, aimed at reducing body mass beyond the 2% mark obtained in the present investigation may be warranted,” wrote the researchers, led by Dr Doug Kalman.

“Finally, while treadmill time to exhaustion is routinely used in laboratory studies, the use of a time trial test as the measure of exercise performance may be more appropriate. Investigators may consider these suggestions when designing future studies focused on the potential rehydrating ability of coconut water and other beverages.”

2. Fuel for brain and muscles.

Due to its electrolyte content, coconut water improves nervous system functioning and nerve transmission. It Prevents cramps and spasms in the muscles.

Reduces the risk of hypertension and strokes and helps prevent or resolve kidney stones.

Contains compounds (cytokinins) that protect cells from aging and cancer.

Improves digestion and metabolism via bioactive enzymes. Aids absorption of food and efficacy of drugs due to its electrolytic effect. Soothes intestinal pain/spasm.

Its Lauric acid content is anti-fungal, anti-bacterial and anti-viral. It boosts the immune system in fighting infection whilst helping to eradicate intestinal worms and candida. 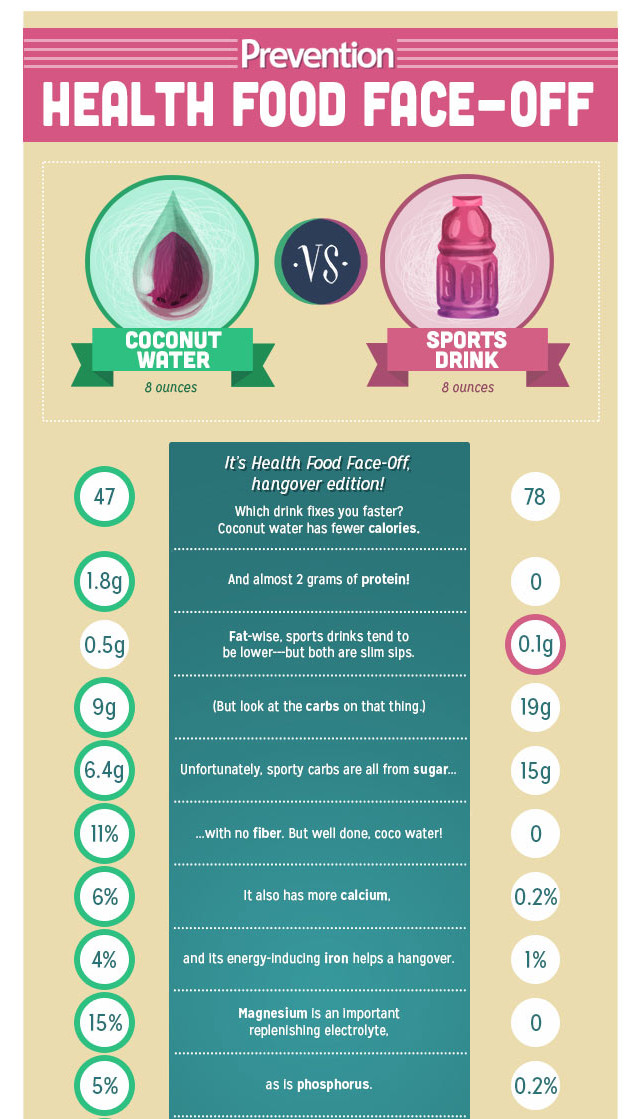 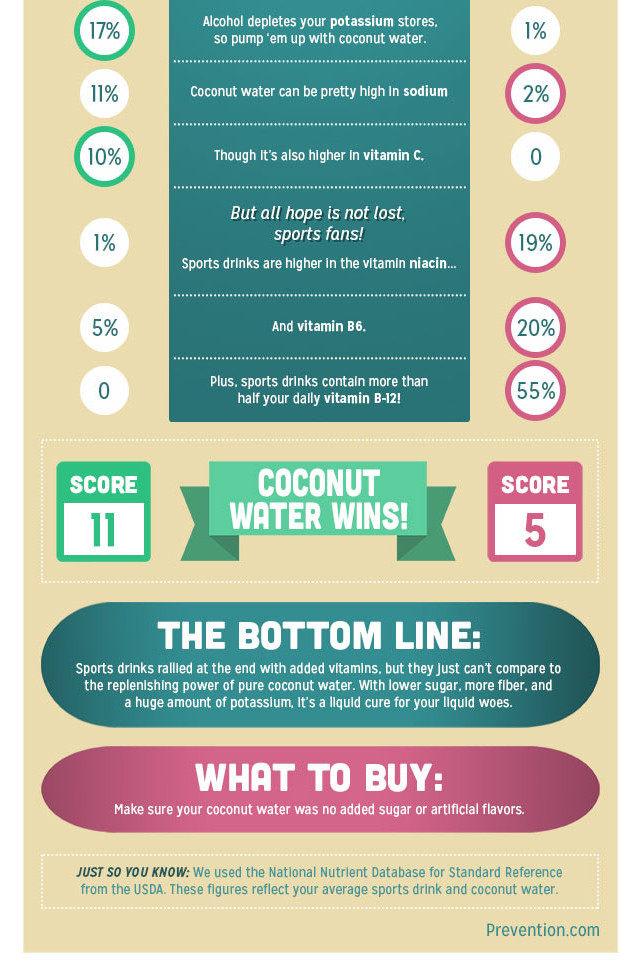